Binge eating, binge watching Netflix, binge drinking, binge shopping. There are many uses in our culture for the word “binge.” But what does it really mean?

By definition, binge means indulging in an activity to excess. One activity people often associate with the word binge is eating. Eating can be a pleasurable activity. It’s an activity that our country talks and thinks about a lot. So it’s no wonder that Binge-Eating Disorder (BED), although newly defined, is the most common eating disorder.

BED did not formally become a diagnosis until 2013. Binge-eating episodes are defined by a person eating a larger amount of food than is typical for most people in a short amount of time. The person also feels like they cannot stop eating and has no control over it. These episodes happen at least once per week for three months. The person also usually does not exhibit other behaviors such as purging, misusing laxatives or exercising excessively. The person also will eat in secret, late at night, and hide evidence of a binge.

BED is the most common eating disorder - especially among adolescents. Men and women are affected equally by it, and it does not discriminate based on race or ethnicity. Studies show that binge eating may predict future depression, obesity, and substance abuse.

It may be difficult to distinguish binge eating from overeating, especially as portion sizes become larger and larger. It is important to know what is eating more than a typical person. The Eating Disorder Examination defines a “large” binge episode as four bagels or six slices of large pizza, or greater than one pint of ice cream.

Although BED is common, it is often underdiagnosed and undertreated, and clinicians are often hesitant to give someone this diagnosis. Both parties can have a hard time talking about it. Often, patients are reluctant or feel guilty talking about their binge eating and clinicians may have a sensitivity around discussing it. 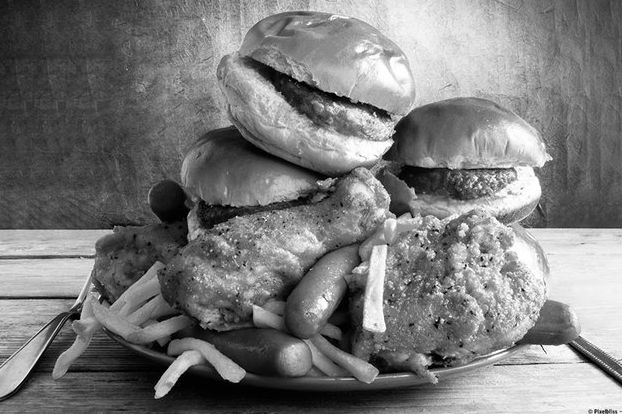 It may not be obvious who struggles with BED. Those suffering may not seek treatment. Although BED can often be present in those who are obese, more than half who struggle with binge eating are not obese. Men may be less reluctant to seek help due to the stigma of having an eating disorder.

Men may be less reluctant to seek help due to the stigma of having an eating disorder. In October 2016, a Penn State football kicker opened up about his struggles with BED. Those who are able to be open about their symptoms related to binge eating can decrease the stigma, especially among men.

Various treatments are available. A physical is important to diagnose any medical causes or additional disorders with BED, including, but not limited to, diabetes, thyroid dysfunction or genetic issues. Dietary evaluation is also important to work on regulating eating patterns and help patients choose low-density caloric foods, such as lean protein, fruit, and vegetables that may cause more fullness/satisfaction to decrease the likelihood of another binge.