If you are the parent of a teenager, you likely know that they spend a lot of time using technology – whether it’s a cell phone, tablet or laptop. But, what are they doing on those devices? With calling, texting, internet browsing, games, social media apps and dating apps at your teens’ fingertips, it becomes difficult for parents to monitor digital behaviors.

First, let’s discuss terminology. You may feel like teens speak a different language, especially when posting to social media or texting. Here’s a quick run-down of what you might see or hear: 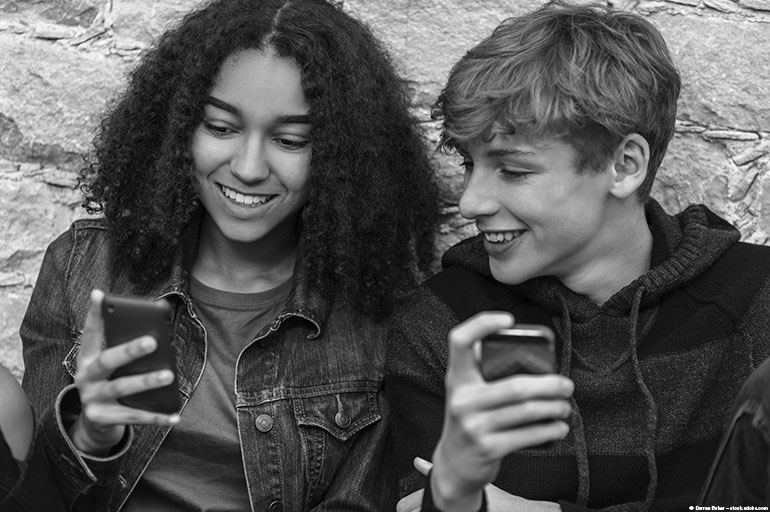 Now that we’ve covered trending terminology, let’s move on to a more complicated topic: consent and boundaries. Did you know that devices or apps may automatically log your teen’s location? This is because many apps require “Location Services” to be set to “on.” Apps may request limited access to your location data (only when you are using the app) or full access (even when you are not using the app).

But, do teens really know who is checking up on them through these apps? Take Snapchat, for example. If a user has their location setting on, any of their Snapchat friends can see their pinpoint location on the Snapchat Map. This is done by opening Snapchat to the photo screen and pinching the screen with the forefinger and thumb. Here, you can zoom in and out on the map, and it will show the exact location, down to the street name, of the user. To learn how to turn this feature off (often called “ghost mode”), visit digitaltrends.com/social-media/how-to-turn-off-snapchat-map.

Another concern for boundaries within teen relationships may be biometric security tools embedded in mobile phones, including fingerprint recognition, face recognition and voice recognition. It is common for young adults to give their friends “fingerprint access” to their smart phones or devices with biometric tools. By doing this, it allows multiple people to unlock the device. However, this can be misused, especially if a teen has unhealthy friendships or romantic relationships. Fingerprint access can be used as a way to gain power and control over someone, by looking through texts, emails, social media accounts and messages, or downloading apps or software without the consent of the phone owner.

Learn more about technology safety at CommonSenseMedia.org. This site offers articles and guidance for parents who want to keep their families safe and productive online, including a Family Toolkit, developed in partnership with the American Academy of Pediatrics: https://www.commonsense.org/education/toolkit/family-engagement-resources.

Additionally, parents can learn about teen dating abuse in this free downloadable brochure from The Center for Family Safety and Healing.