The rates of suicide among racial and ethnic minority youth show an alarming reality. In 2019, about 15% of Black and Hispanic high school students made a plan on how they would attempt suicide. Almost 12% of Black students, and almost 9% of Hispanic students attempted one or more times that year. Between 2019 and 2020, suicide rates increased 4% among Black people and 6.2% among American Indian/Alaskan Native people. These disparities have only worsened since then. Although research is limited as to why this is occurring, youth of color face many unique risk factors that may lead to higher rates of suicidal ideation, behavior and attempts.

Double stigma is a term that refers to increased discrimination an individual faces from two stigmatized social identities- being a person of color and having a mental illness. This increased stigma can make accessing resources and reaching out for help particularly difficult.

It's hard to open up and relate to a provider that doesn’t look like you or understand your cultural background. There is a shortage of mental health providers that represent people of color and many people may feel uncomfortable being vulnerable in that space. In 2018, 60% of the U.S. population was white and 40% racial and ethnic minorities. However, in the US psychology workforce, 84% of providers were white, while only 16% racial and ethnic minorities.

In addition to explicit forms of racism, subtle acts of discriminations have shown to have long-lasting effects on suicidal ideation, self-esteem, and psychological distress.

But with unique risk factors come unique protective factors. Protective factors are characteristics or behaviors that can help reduce the risk of suicide. Recognizing these can support youth at risk. 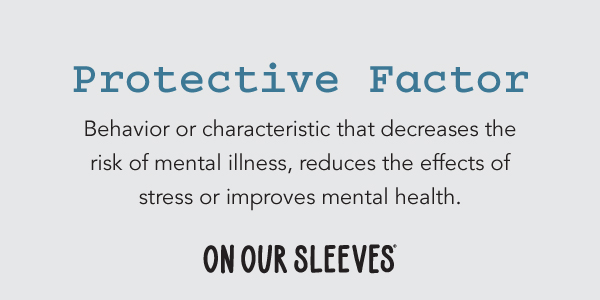 Many cultures emphasize the importance of family and community. Feeling like you are a part of something and having a sense of connection and validation from friends and/or family members are all protective factors against suicide. You can encourage your child to build strong connections with open communication and being a support system in their lives.

A spiritual identity can protect against suicide/mental health disorders as it provides a sense of purpose and a reason to live. Faith communities are often supportive and open to learning, and increased stigma/shame around the topic of suicide can be addressed with more informed mental health integration. Find more ways to advocate and destigmatize mental health in your community here.

Youth of color deal with stressors that others do not. These stressors can be harmful and racial socialization (teaching children about their racial or ethnic background) can aid in building resilience in youth. Communicating more positive messages around racial, ethnic and cultural traditions can directly impact children’s tolerance for distressing emotions. Youth of color can also learn to deal with tough times in their lives in a meaningful way through positive racial socialization.

Many mental health organizations are making the effort to highlight the unique mental health conditions of youth of color. Organizations like The Steve Fund, the National Alliance on Mental Illness, American Foundation for Suicide Prevention, and the National Organization for People of Color Against Suicide post relevant data, trends, and resources that is helpful for education purposes. Young people of color can text “STEVE” to the Crisis Text Line at 741-741. Change can happen when we play into the strengths of this community. Emphasizing social support, engaging religious communities, and providing informed care during times of need can address the elevated risk of suicide and promote access to mental health services.

If you or your child need immediate help due to having suicidal thoughts, call the National Suicide Prevention Lifeline at 988 or text the Crisis Text Line by texting "start" to 741-741. If there is an immediate safety concern, call 911 or go the nearest emergency room.